There is a story about an American who was determined to see the Loch Ness monster. He travelled to Scotland, and asked the locals for information about when and where it had been seen, and by whom. One of them, an earnest Scots girl of about twelve, was absolutely convinced that she had seen it with her own eyes. He asked her to take him to the place she saw it, in the hope that it might appear again. They sat there for a while, but saw nothing to disturb the flat grey sheet of water lying silent between the heather hills. Suspecting that he was a bit sceptical about the whole story, she commented, “Well, we may not be able to see it today, but it’s there”. He replied, “When I see it, then I will believe it”. She looked at him pityingly. “Oh no, you’ve got it all the wrong way round. You won’t see it until you believe it”.

Intelligent enquiry is usually understood to be based on the American’s idea: rational people are supposed to understand reality in terms of what they can actually see and confirm from real life – both their own experience, and what they have heard from others. Hence the scorn poured upon religious belief by rationalists who cannot see anything to confirm why anyone should believe in the idea of a personal God, and a lot to argue against it. They point to endless examples of wars, oppression and cruelty carried out in the name of religion, and the long rearguard action fought by religious authorities against all forms of independent scholarship that questioned their dogmas.

Richard Dawkins has recently written a book entitled The God Delusion, which asserts that it is in principle impossible for intelligent people to believe in God. The book has generated a lot of passionate argument, both from people who agree that all religion is based on a dangerous delusion and from people who are absolutely convinced that it is not. It is causing anguish for some youngsters and their parents, who don’t agree with Dawkins that all faith is irrational, but don’t know how to reply to his apparently authoritative argument. How can we resolve this apparent impasse?

The key is to recognize that the Scots child was right: we don’t see things in order to understand the world, we first decide what we can understand, and then we can see it. What we see in front of our eyes depends largely on what is behind them. Dawkins (and all other biologists, including myself) understands the world through a framework of accepted biological ideas, all based on the theory of evolution. Within all our separate worlds, we all do this: you cannot function as a person in the world you live in without a set of pigeonholes to file your daily experiences in. The pigeonholes are hugely important, because they determine how you understand what you see by relating it to what you already know. The problem is, not everyone uses the same set of pigeonholes.

Take, for example, the difference between optimists and pessimists.  Most of us can think of examples of cheerful people who can remain positive in the face of tragedy, and also examples of people with the opposite characters. The contrast is simple to explain. Cheerful people unconsciously make up their minds in advance that the world is a good place to be in, then look for evidence to support that view. They always find it, because their heads are equipped with a set of positive pigeonholes (with labels like “it was all for the best”) to accommodate everything that happens to them. Pessimists do the same. They too always find evidence to confirm their attitude, because they can only slot it all into pigeonholes with labels such as “there, see, I knew it wouldn’t work”. Experiences that cannot be safely plugged into our pigeonhole systems cannot be understood at all, so they are labeled as irrelevant.

For example, creationists cannot understand evolutionary biology even if you show them the hard evidence, because they have no pigeonholes where any of its ideas could fit. Atheist scientists like Dawkins cannot see God because they don’t have a pigeonhole labeled “Evidence for God”, or even one with a less specific label such as “Is there a God?” Dawkins, living in Oxford, is surrounded by evidence of genuine sanctity, but the only pigeonhole he can file his observation of it is labeled “Evidence for delusions about God”.

But there are plenty of scientists who have a wide range of mental pigeonholes, and no problem at all in understanding how intelligent people can believe in God. Intelligent faith becomes a reality rather than a delusion when people are willing to think a little bit about the wider issues. The real question is not, how do we know whether there is a God or not, but how do we know anything at all?. 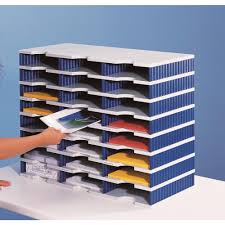 The surprising answer is, for most of us most of the time, we know only what we can understand, we can understand only what we can see, and we can see only what we can fit into our existing pigeonholes. Therefore, to resolve the debate about whether faith in God is a delusion or an intelligent interpretation of reality, ordinary rules of debate are quite useless. The two sides have mutually exclusive sets of pigeonholes, so can only talk past each other. We all need to take bothscience and religion seriously enough to build a wide range of pigeonholes in our heads. We need to understand how our existing knowledge affects the way we use our brains. Scoffers on both sides need to accept that science is not as objective, and religion is not as subjective, as their respective supporters believe. We all need to ignore the irrational extremes at both ends of the spectrum, and acknowledge both the limitations of science and the respectable intellectual foundations of faith.

Icons on my computer’s desktop that I never use have no place in my mental filing system, so are as invisible to me as God is to Dawkins. In either case, not being able to see a thing doesn’t mean it doesn’t exist.

Have you had a look through your mental pigeonholes lately?