Reblogged with permission from Science and Belief

Human beings tend to look after their families and friends, and at times we even show concern for complete strangers. Some of this care and compassion can be explained in terms of hormones. For example, oxytocin helps the process of bonding between a mother and her child, and might also affect other aspects of both male and female behaviour, including generosity and trust.

So what are people of faith to make of this research? I have explored this area a little bit myself in the last couple of years, and overall I have found it to be very helpful. Surely it’s a good thing to understand more about our biological makeup and how it affects the ways we work together. Listening to the scientists in this field, we can begin to understand why some aspects of living together are especially challenging, or even why some areas of Christian life are more difficult for certain individuals than others.

Another area that poses some potential opportunities for Christians is the cognitive science of religion. The person who is best known (in my world at least) for his work on this topic is Justin Barrett, and last month’s issue of Perspectives on Science and Christian Faith contained such a helpful summary of his thinking, that I want to summarise here in my own words.[1]

Cognitive science is the study of minds, asking age-old questions like ‘What is thought?’, ‘What does it mean to know?’, or to bring things up to date – ‘How are human minds similar to computers?’ There’s quite a bit of psychology involved here, but also anthropology, computer science, linguistics, neuroscience, and philosophy. One of the main things that has emerged from cognitive science in the last few decades is the realisation that human minds are not just ‘blank sheet’ information processors, or more powerful versions of other animal brains. We have our own uniquely human ways of thinking and learning.

For example, a child whose parent runs away from roses is unlikely to develop a phobia of roses. They are more likely to think that their parent is a bit weird. But if the same parent runs away from a snake – even a non-poisonous one – that child may well be afraid of snakes for the rest of their life. The explanation from cognitive scientists is that we are naturally prepared to develop a fear of snakes, but not roses.

The cognitive science of religion (CSR) takes these sorts of techniques and applies them to questions about faith traditions. They might ask, ‘Why are some practices more common than others?’ or ‘Why are some traditions more resistant to change?’ Leaving aside cultural questions about beliefs – such as how they are passed from one person to another – the researchers are interested in why they may have come about in the first place, or why they are so easy for our minds to grab hold of.

One of the ground rules of CSR is to leave aside questions about whether religious beliefs are true or not – which is sometimes called methodological agnosticism. This approach means that personal biases are hopefully left outside the laboratory door as much as possible, and anyone can study religion in this way no matter what they believe. Starting with what they think are general features of human minds, they make predictions, and test them using experiments.

us around the world are religious, and why some beliefs – such as the existence of souls, or an afterlife – are so common. What the researchers have found is that if an idea resonates well with one of our conceptual systems – such as our tendency to explain the world in terms of intentional beings – we take it on pretty easily and spread it to others. Even very small children tend to assume everything is here for a purpose, so it’s not a big step from there to believing in a supreme being who gave everything its purpose.

So what are Christians to make of these results? Although CSR operates within an agnostic framework, there is no need to assume there is no God. It simply means that the researchers professional discussions focus around the things they can all agree on – i.e. the physical or material reality – and leave discussions about spiritual realities for another time and place. Justin is a Christian, and is deeply concerned with the theological insights from his work and how it can help Christians to understand themselves and their activities.

To take one very obvious example, we now know that we have a tendency to believe in God, but the data don’t tell you either way whether God is real. To answer that question you have to go elsewhere – to theology, history, personal experience, and so on.

Delving a little deeper, theologians have often written about people having an inbuilt sense of God, but what does that mean? CSR can help us think about what triggers this intuition, and where it might lead people in terms of their own spiritual journey. More importantly for Christians, what does it mean to be made ‘in the image of God?’ (Genesis 1) What sort of conceptual equipment do we need to have in order to form a relationship with God?

CSR can also help explain why there may be certain times when children find some concepts easier to understand and take in than others. It can help us understand why all of us find ideas like loving people outside your group, or forgiveness as a free gift, so difficult to take on board. And it can help explain why grand ceremonies are such an important part of major life transitions – like marriage or becoming an adult.

There are remarkably few Christian voices in this field, and even fewer when it comes to applying the findings of CSR to Christian belief and practice in a helpful, practical way. Hopefully that will change over time as more and more young people see this as a place where they can contribute. Until then, professors like Justin Barrett will have an important role in making sure that word gets out about why the cognitive science of religion is good news for people of faith.

Explaining, Not Explaining Away

The Nature of Dialogue 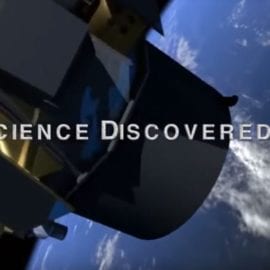 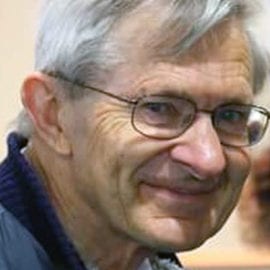