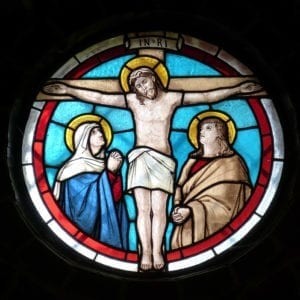 Our universe has a fascinating history.

An important lesson to learn from biological evolution is that history involves both randomness and lawfulness, often called ‘chance and necessity’. Mutations (arising by chance) produce the novelty necessary for change. Natural law (necessity) provides the boundaries within which beneficial novelties are tested, perpetuated, and assimilated into the biology of living organisms.

To the Christian, chance represents God’s gift of freedom. Necessity represents God’s gift of lawful consistency. Perhaps all genuine histories – cosmic, biological (evolution) and human – are characterised by the interaction of these two contrasting properties. If there is no chance (spontaneity, freedom), then all you have is stasis, a deep-frozen darkness. If there is no lawful necessity, then all you have is randomness, chaos.

The wonder of a cosmos, the marvel and beauty of biological diversity, and the fascination of human history require both randomness and order. But one of the inevitable consequences of living in a free universe is that bad things happen. Meteorites smack into the earth. Tropical cyclones wreck communities. Pathogenic viruses and parasites evolve. Mutations produce genetic diseases and cancers.  People mistreat and fight each other.

So how does God relate to this ambiguous world? Christian theology teaches that the primary characteristic of God is that he loves. In fact, God is love – God is described as a community of Father, Son and Spirit in whom a relationship of love eternally flows. This strange, counterintuitive understanding underlies everything in Christian faith. Certain insights follow.

Firstly, love never coerces or forces its will on the one who is loved. God’s love for the world means that God cannot suppress its freedom.  God cannot force history to go in the direction he wants. This means that many things that happen in our free world are not the way God would want them to be.

Secondly, love leaves people vulnerable. Perfect love leaves people utterly vulnerable. God is deeply saddened by the catastrophes caused by cyclones, the diseases appearing in biological systems, and the discord that characterises human societies.   God grieves with us – but because his love is perfect, he grieves more than we do at the sufferings caused by disease and human savagery. God does not send cancers: they arise in a free universe and are abhorrent to God.

Jesus, makes himself known to us as a suffering God

Thirdly, love is prepared to pay whatever price is needed to put things right. God has entered our world as a person, Jesus of Nazareth, and has suffered to deal with disease and human evil. Only the God revealed through the prophets of the Hebrew Scriptures, and in Jesus, makes himself known to us as a suffering God. (The Greek gods couldn’t care less about us.) Amazingly, God has entered creation as a suffering servant, not as an Almighty Autocrat who does whatever he wants.

The Story of Jesus reveals God’s love in a way we could never have imagined. God in Jesus took responsibility for the bad things that we do. When Jesus was unjustly killed on a cross, he took the blame for our evil – absorbed it into himself – so that he could liberate us from our selfishness.  The cross was God’s answer to the Crusades, to the French Revolution, to Auschwitz – and to the self-centredness by which each of us contributes to the sorrows of the world.

Fourthly, in the resurrection of Jesus, we have the anticipation that God will transform creation and eliminate disease and suffering from it. Carbon-based biological creatures must die. The reality could change only if the self-existent and self-giving creator poured his eternal life into his creatures, including us. God achieved this through the death and resurrection of Jesus, transforming creation into something it could never become through the operation of physical chance and necessity. Only by this means could God overcome our organic mortality, childhood cancer and moral failure, and confer the gift of immortal life upon us.

God will transform creation and eliminate disease and suffering from it

God still forces no one. He shows his love and makes his life available to anyone who will freely respond to it. God invites us to follow him – and to combat disease and oppression in all their forms.

It all depends what you mean by ‘chance’. Chance is such a deep and mysterious concept. If it means that the universe is open in some way, undetermined, I would agree with Graeme that chance is required for and compatible with freedom. But chance as unpredictability is death to freedom. For me, I am less convinced than Graeme that chance (and law) is the primary answer to the problem of evil. But what Graeme is saying is an example of stating that this is the “best of all possible worlds.” And that is an important philosophical –and scientific — response to evil. As is the response that all of this is required for the freedom of humans.

But most of us believe in God even though we don’t have a satisfactory answer to the problem of evil. We don’t wait to jump in until we have solved all philosophical challenges. My deep discernment of the universe has always left me convinced that God exists, that everything has the character of dependency. This has something to do with the almost infinite depth of structure and form beneath the surface of everything: mathematics, formal causes, deeper and deeper levels of organisation, as well as beauty and coherence. All of this makes me convinced that the ultimate nature of the universe is love and goodness.

Nevertheless, we believe with our eyes open. I find both natural and moral evil deeply troubling, both in its intensity and in its distribution. It has become something of an obsession for me, but it does not trump the deeper discernment of love and order, although at times it threatens to do that. Like Job, I must live with not knowing the answers (though I have written a book trying to do so). In that book, I took up the parable of the wheat and the tares, and Jesus’ insistence that in this life they cannot be separated. Hence the troubling mix of good and evil in most things, persons, natural life forms, evolutionary processes and situations. Unlike some others in the theodicy debate, I acknowledge the existence and quiddity of an evil that is derivative and precedes humanity, mentioned almost in passing in the Scriptures, as “powers and principalities.”  I would argue that evil has an independent hold on this world, and that humans cooperate with this evil rather than being the sole perpetrators of what is wrong. (In passing I would note that much fantasy and science fiction depicts a similar world of good and evil). In all cases God’s presences with us in Spirit and in Jesus, in this world, is the distinctly Christian response to evil.

God’s presences with us in Spirit and in Jesus, in this world, is the distinctly Christian response to evil

Humans are not unique in experiencing evil but we are unique in the extent to which we have the capacity to cooperate with goodness or alternatively with evil. In a recent book, Unapologetic, Francis Spufford talks about “the human propensity to f** things up”, or HPtFtU. So yes, like everyone Christians have committed great and minor evils. The difference really is that we acknowledge that we live in a moral universe. Forgiveness, reflection and repentance are a part of warp and woof of religious language and liturgies. Christians are humans, and humans are subject to blindness, especially the cultural blindness of our age. The Crusades were an example of this.

I would accept a mix of other standard responses to evil as well – along with questions:

Some degree of suffering helps to build character (and souls), but much suffering is gratuitous and destructive of life and fulfilment. Christians also say that God has joined us in our suffering, in the Incarnation. That it is through the life and death of Christ, and the subsequent lives and suffering of the Body of Christ that evil is overcome. Where there is suffering, there is the bleeding heart of God. This is not just something we say. We spend our lives contemplating this mystery and trying to plumb its depths in prayer, ritual, liturgy, song and action. We live then, in the world of finitude and salvation in which evil is to be overcome, through Jesus, but also through us as a part of the body of Christ on earth.

God has joined us in our suffering

Animals, of course have suffered before us, and with much less access to any of these forms of compensation. Hence my resort to the wheat and the tares, as another aspect to the understanding of evil.

An older Christian dogma held that Adam and Eve in the Garden disobeyed God and brought all of creation into a state of fallenness which is responsible for all suffering and evil. It is a clean and easy response to evil, but completely inconsistent with our understanding of evolution and the suffering of animals before humans ever arrived. And the emphasis on fall, which took on a life of its own in Christian theology, was not really reflected in the biblical witness.

It is important to emphasise again that Christians believe in God not because we have some clever response to evil, but because we have been moved by the presence of God’s Spirit and the love that flows in the Universe. We believe that our lives are places of penultimate meaning. There is fulfillment beyond this life.  In Jesus, we recognize the redemption of the world, however that is understood.

In Jesus, we recognize the redemption of the world

Apart from that we are troubled and angered by evil and injustice, as you are. We struggle to understand and there are many ways of understanding. We both struggle and are content not to know until we see God face to face.